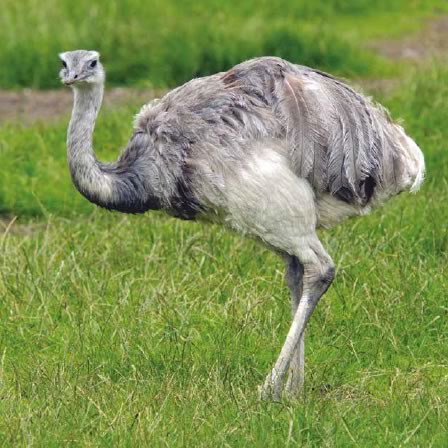 Rheas are large flightless birds native to South America and related to the Ostrich and Emu. The bird was named after one of the Greek Titans by Paul Mohring in 1752.

They will flock together in groups of 20-25 birds during the mating season, and after mating the male builds a nest in which the females lay their eggs. Each male will then incubate 10-60 eggs.

A Rhea egg is the equivalent size to 10 chicken eggs, is lighter and fluffier than them, but comes with a much stronger flavour. They are best eaten soft boiled or scrambled with asparagus.