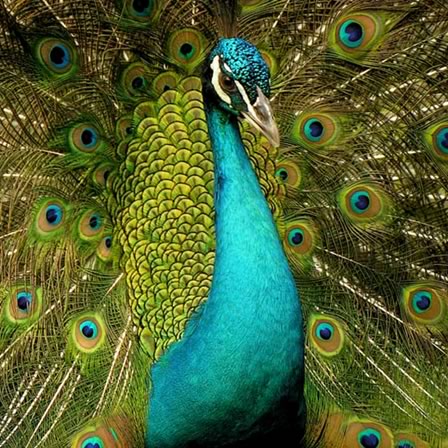 Peafowl became famous additions to the manicured gardens of British country houses from the 13th century onwards. Famed for their iridescent plumage and the fantastically colourful trains of the males, peafowl were a status symbol of the aristocracy. Kings, including Henry VIII, would often eat peafowl and swan at their banquets.

Originating from India, the peafowl is naturally a forest bird, often found roosting in trees but choosing to build nests on the ground.

Our group of peafowl roam freely around the Farm, returning to their favourite roosting points at night.