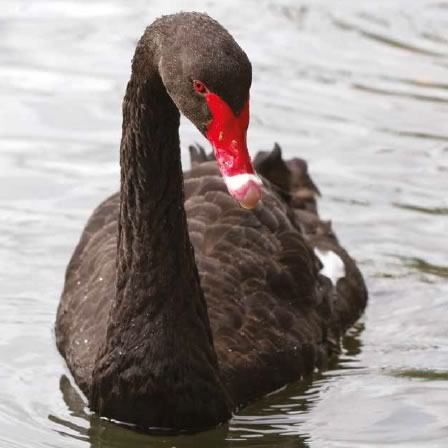 Black swans are elegant birds, which are primarily found in the wilds of Australia and New Zealand. They have almost entirely black plumage with red bills. They became popular on British country estates because of the way they swim, holding their necks arched or erect and often carrying their feathers or wings in a raised display.

Black swans are monogamous, pairing for life, and laying 4-7 greenish/white eggs each spring. The young swans will be tended by their parents until they are 6-9 months old,

Black swans have the longest neck of all swan species. The male is known as a cob and the female as a pen. They have no natural predators.