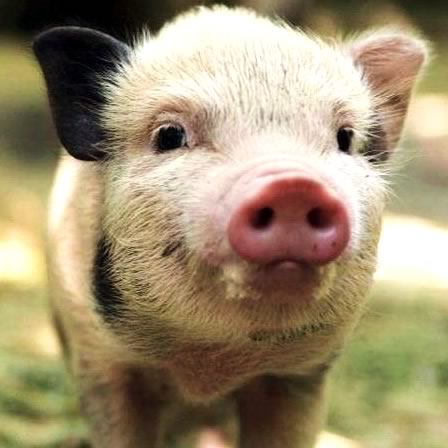 Often called ‘Micro-Pigs’, they were first bred in the UK in 1992 at Pennywell farm, by cross-breeding Vietnamese Potbelly Pigs with the Kunekune, Gloucester Old Spot and Tamworth breeds. Launched as the ‘teacup pig’ they have been popular ever since.

The craze to have them as pets resulted in many scams (such as Paris Hilton being sold a micro-pig in 2009 only to find out it was a full sized breed) and over 300,000 pigs ended up in pig sanctuaries, abandoned by their owners.

Cute as they may be, Miniature Pigs are farm animals and are best kept in normal farming conditions.